The X President by Philip Baruth 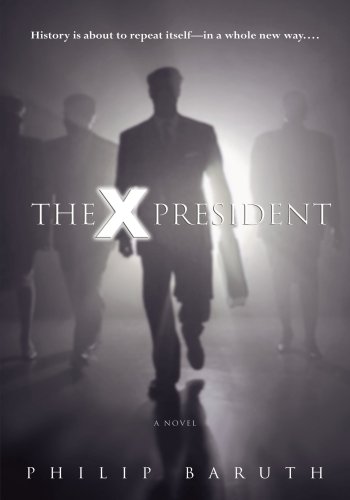 
A masterful blend of political satire and edgy social commentary, here is a wildly entertaining trip through recent American history and into the impending future. An incisive look at how we love and hate our political leaders, and how they love and hate us back, The X President touches the very heart of what it means to be president—and what a president means to America.It is the year 2055 and America is entangled in a devastating world war—and losing badly. As the threat of homeland invasion grows stronger, the United States is desperate to change the tide, anyway it can.Enter Sal Hayden, official biographer of a former president known as BC, now 109 years old and all but forgotten. Charismatic, controversial, and always willing to feel another person’s pain, BC’s political career, like his personal life, is marked by both uncanny triumphs and key blunders—some of which may have doomed the U.S. to defeat. Recording his story has not always been easy, but it has been straightforward. That is, until the day Sal is asked to rewrite it—and not just on the page. For Sal will be granted a biographer’s most fantastic dream, one that will thrust her into the greatest moral dilemma of her life—and the world’s most daring, dangerous, and spectacular spin job. . . .