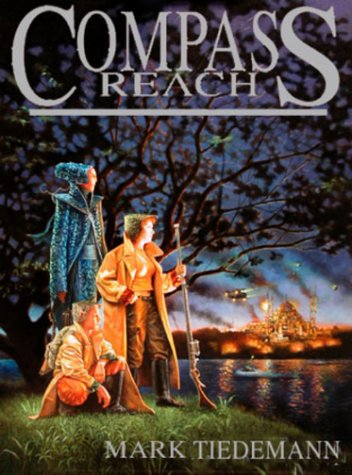 Fargo owes nothing to the Pan Humana. He turned his back on them long ago, when he was stripped of his identity, his class, his position, and all the other ties to human civilization enjoyed by its billions upon billions of citizens. Fargo joined the ranks of the Freeriders. To themselves, Freeriders are interstellar gypsies, the disinvested and therefore the truly free. To most of the rest of society, to the Invested, they are parasites, freeloaders, bums. But now Fargo finds himself caught up in events that are dragging him back into the folds of human culture and forcing him to choose sides in a struggle to determine the future of humanity in the galaxy. The aliens have come to make treaties, to interact with a paranoid humanity, to bridge the gaps that separate them. They do not understand the resistance they encounter and enlist aid where they can. Among those they pick, Fargo is their most unlikely choice. He is also their most dangerous choice. To the humans opposed to embracing the new future offered, Fargo is representative of everything they reject, a threat to everything they hold important and fear to lose. He is an outsider, unwanted, unwelcome, in many ways a barbarian, yet indispensable to both sides. For himself, Fargo has his own reasons for going all the way to Sol, to Earth, into the heart of power. Fargo has touched an alien mind.